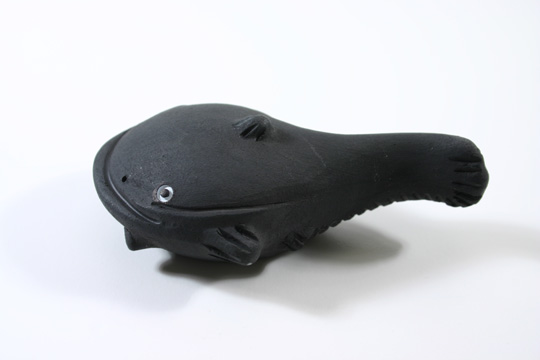 Namazu is a mythological giant catfish. He is kept in the mud beneath the earth by the god Kashima. When he escapes he causes devastating earthquakes.

On the 2nd of October 1855, a very big earthquake shaked Tokyo. People believed that it happened because Kashima was no more garding Namazu as, according to tradition, all the gods are away gathering in the shrine of Izumo at this time of the year('kannazuki').

Immediately after the earthquake, artists created special woodblock prints called namazu-e which were bought by people to get the protection of Kashima. 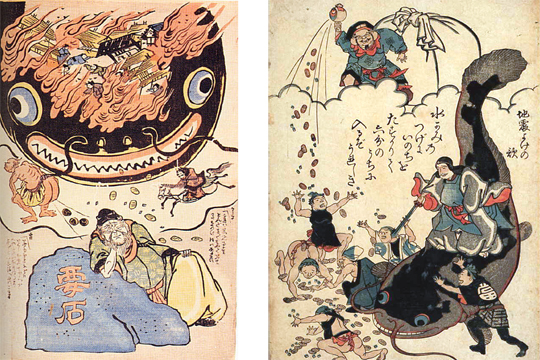 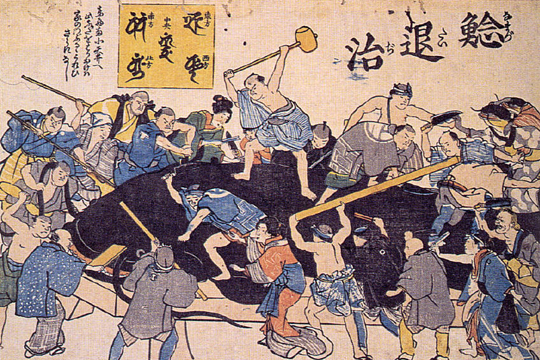