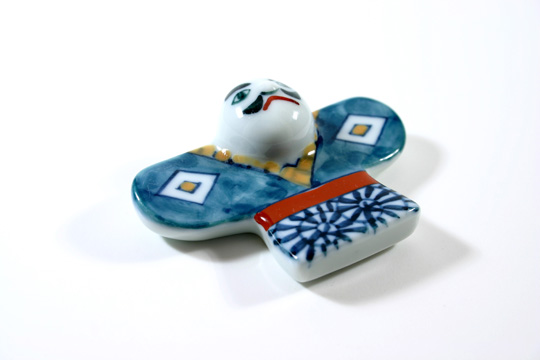 Yakko-dako is one of the most famous type of kite in Japan. It was was very popular during the Edo period. The Yakko-dako kite has a human shape and is a New Year symbol. 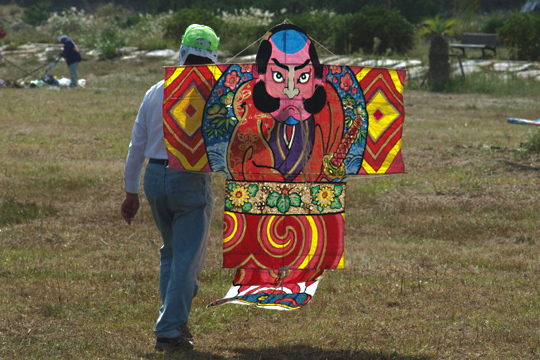 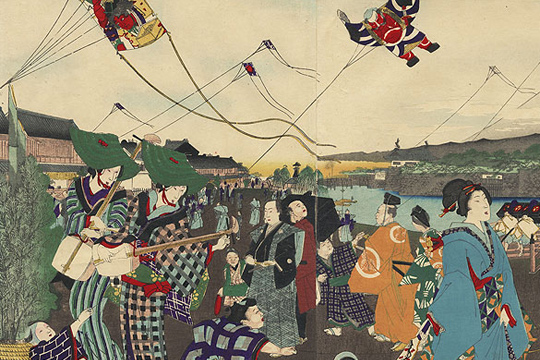 Japan used to celebrate New Year on the first day of the Chinese lunar calender. Since 1873, Japan follows the Georgian calendar and celebrates it on the 1st of January.

New Year is very important in Japan as it's a great occasion for families to gather and visit temples.

Many special traditions are linked to New Year :

On New Year's eve, a very special television program on the NHK 'Kōhaku Uta Gassen' is watched by millions of people all over the country. The most famous singers of Japan perform in an incredible kitsch live show mixing traditional singers of the past and the latest teenage bands. The program ends up at midnight and a live show takes over with views of temples all over the country ringing their heavy iron bells.

A symbolic ceremony is generally performed by all the family members to wish each other a successful New Year. They drink some sake from three different sizes cups and eat dried squid, bonito and seaweed.

New Year is also a time for family games like the 'hanafuda' card game or a type of badminton called 'hanetsuki'. Children receive some money in special envelopes called 'otoshidama'.

It is also a custom to send postcards called 'nengajō' to all the people you know, including your colleges and superiors. These cards often include a lucky number for a special New Year lottery.

There are also a lot of special New Year symbols and decorations. For instance 'kadomatsu' a decoration made of bamboo and pine placed at the entrance of houses, 'kagami mochi' a rice cake with a bitter orange on top, 'yakko dako' a kite in the shape of a man, and symbols of longevity like cranes or tortoises, etc. 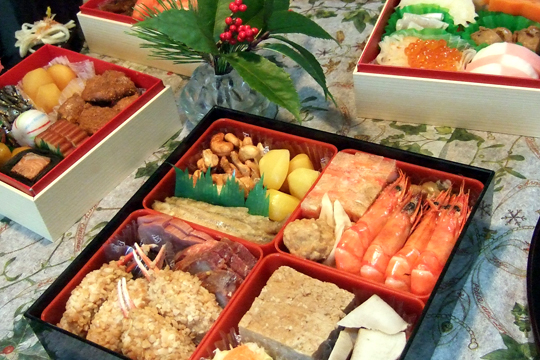 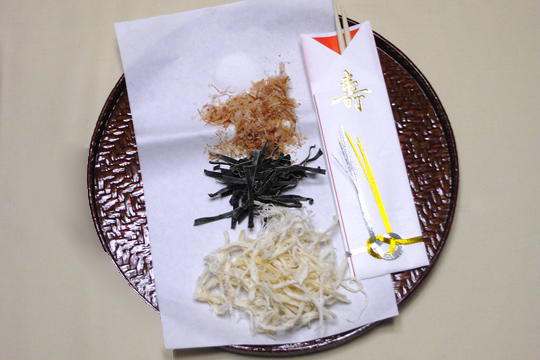