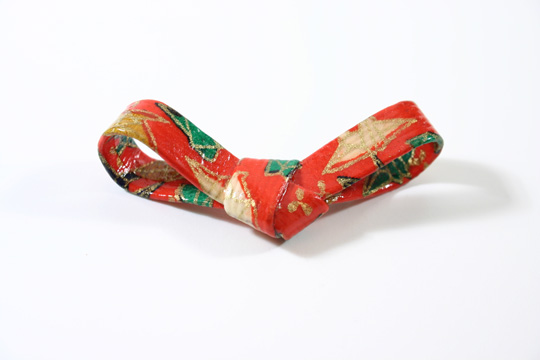 Knot made of paper, red with origami cranes design

Made of : other materials or mixed 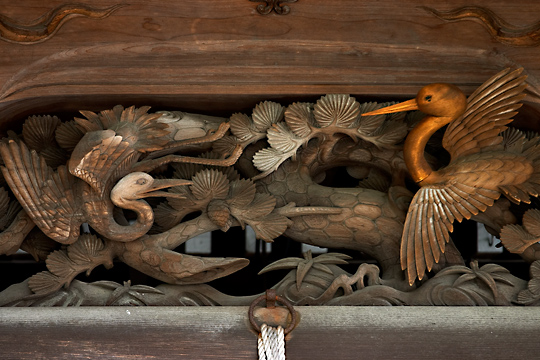 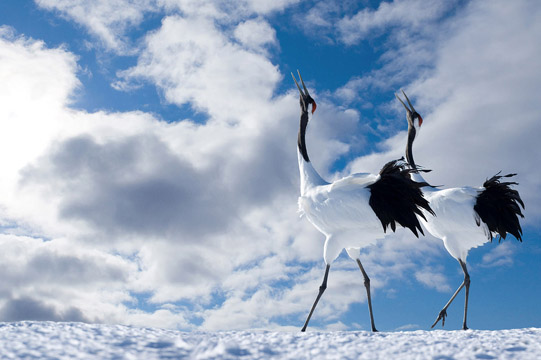 Origami is the Japanese art of paper folding. Usually origami figures are made from one piece of square paper with not cuts. The most classical origami is the crane origami.

Today, a new style of origami called 'unit origami' is in fashion. It consists in folding several pieces of paper the same way and combining them like 'bricks' to create a 3D geometrical object. 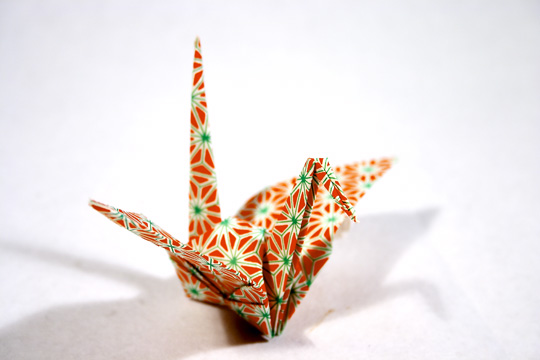 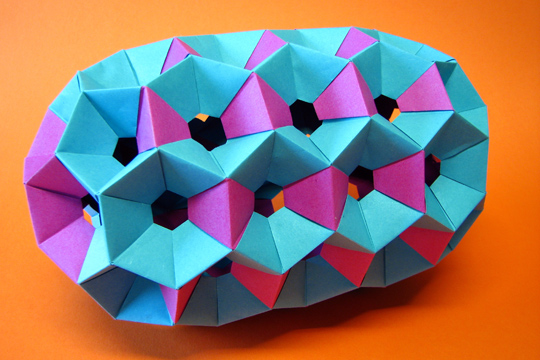