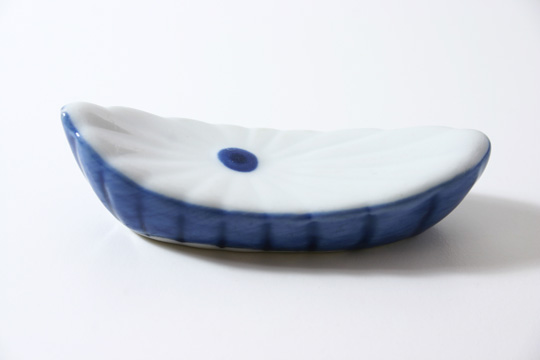 The chrysanthemum was brought to Japan from China many century ago, possibly by Buddhist monks. Later, the Emperor adopted the flower as his official coat of arms and it's stylized design can be found on many monuments or objects related to the Imperial Family.

In Japan chrysanthemums are not only associated with funerals. Different types of growing techniques do exist, one of which is to grow a single chrysanthemum on a very long stem. It is not rare to see competitions or large exhibitions dedicated to the flower.

Leaves from a special type of chrysanthemum are also used in cooking, especially for nabe (mizutaki stew). Another kind is used to produce anti-mosquito coils (katorisenko). 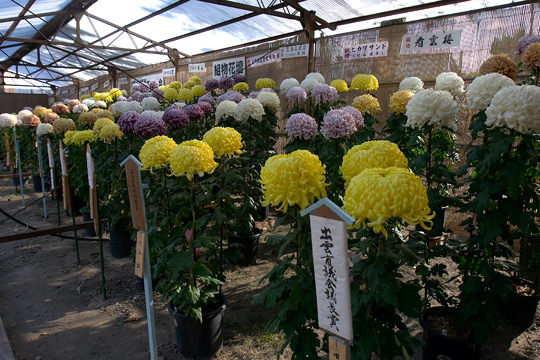 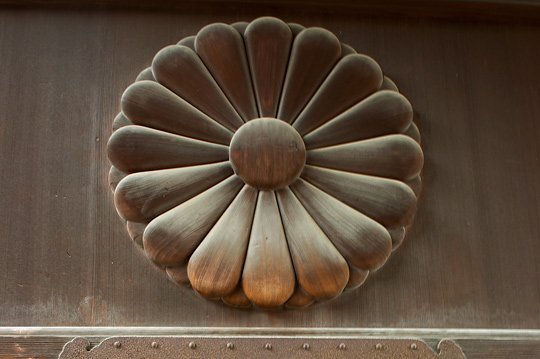 A stylized chrysanthemum on a wooden temple door in Kyoto
External links :