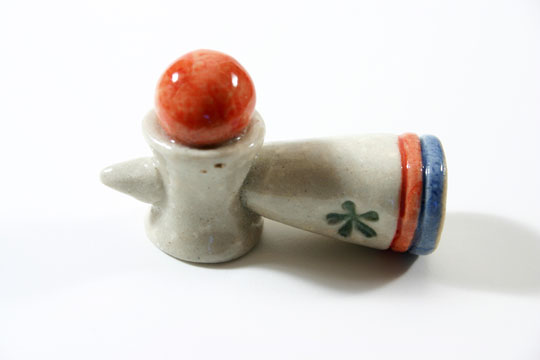 Kendama, grey with red ball and red and blue decoration

The kendama is a traditional Japanese toy based upon the French game 'bilboquet'.

The aim of the game is to try to put a ball attached to a string on top of a spike or three special 'cups'.

Bilboquet was introduced to Japan during the Edo period (early 17th century) and called Nichi Getsu Ball ('sun moon ball'). It was only in 1918, during the Taisho period, that extra 'cups' were added to the design to give what is today known as the kendama ('sword ball'). 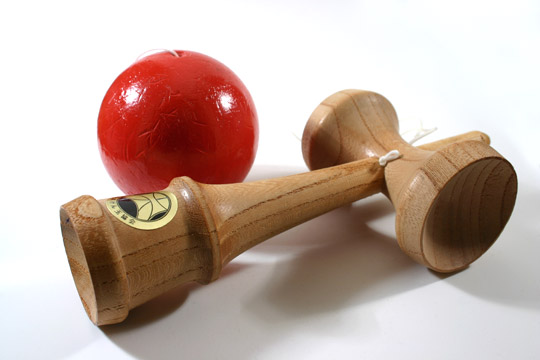 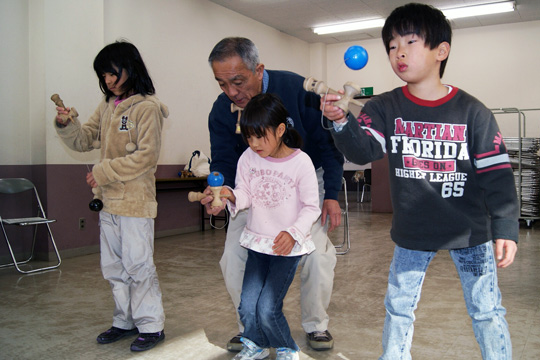